Gonna Keep My Skillet Greasy, If I Can: Friday Thoughts on a Theme 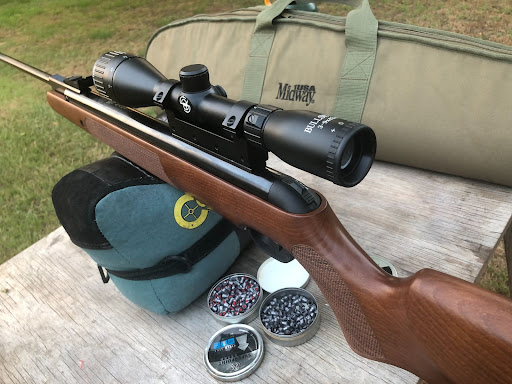 Whew, it’s been a hot summer so far. At the time of this writing, mid-July, we’ve been completely dry for the month which is rare but not unheard of. August is traditionally the most miserable of months for us Arkansans. That being said, the one and only slight benefit to this oppressive heat has been the lack of humidity. This has helped to keep the heat index more or less on par with the actual temperature whereas in a typical Arkansas summer, the humidity works to add 5-8 degrees of perceived misery to the great outdoors temperatures around the clock.

It's Not the Heat, It's the Humidity

With this said, I can mosey closer to the point of this blog. Once the sun starts dipping lower on the horizon, the temperatures drop enough that even an exquisite sedentary dad-bodded man like myself won’t instantly turn into a puddle of sweat. My normal modus operandi for this time of the year is to hide in the house as much as humanly possible when the mercury crests the century mark. These past few days, however, I’ve taken my springers (and gas pistons) out to do some plinking in the twilight hour. This is literally only about an hour as the sun’s light fades to the degree that my little steel spinners aren’t easily seen at its close.

It’s still and quiet outside. It’s good to just focus on one thing at a time – the steps of loading, repeating the hold and rest exactly, breathing, my heartbeat, the trigger press. It is a meditation of sorts and it’s healthy. Too much of my day, and no doubt your day, too, is wrapped up in work challenges, political stress, global tensions, family drama – you name it. Setting up my target, shooting table and getting that trigger time in has been a huge respite for me.

The Art and Zen of Shooting 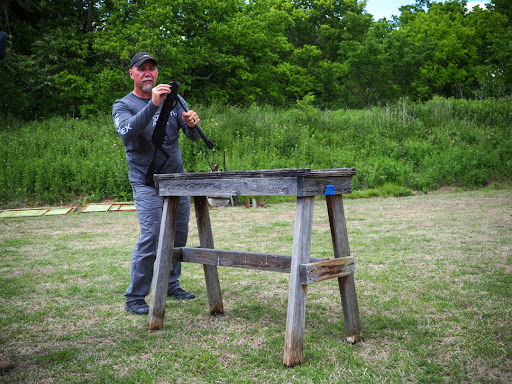 As alluded to above, there’s a high level of concentration that goes into shooting accurately. This is true with any type of gun, but it is especially true when you are shooting a springer. These past few days I’ve been shooting a magnum springer. These require a whole lot of concentration and consistency in order to shoot accurately. I know PCPs are the way to go these days, but they can be boringly accurate to shoot.

Shooting a springer forces the shooter to concentrate and make every shot count. So why would someone purposely choose to do something that is much more difficult when better options are available? I remember musician Jack White making a statement in this vein a few years back regarding the old guitars he uses and why he did things the way he did on stage with Meg as the band The White Stripes. As he put it, “Sometimes you just get in there and force yourself to work, and maybe something good will come out, ya know? Deadlines and things make you creative. Opportunity and telling yourself you have all the time in the world, all the money in the world, all the colors in the palette, anything you want - that just kills creativity.”

I guess what I am saying is that if I can master myself and take a recoiling and vibrating springer and make it shoot like I want it, then I can be a better shooter with my Gauntlet or even a firearm. Whether or not this will make a difference in any other area of my life I do not know. I cannot help but think it will.

Take a Holistic Approach to Life

Another thing I’ve been doing is getting back into books. For an old, mediocre, has-been English teacher this is not exceptionally surprising. But I still practice what I preached to my students years ago. Reading is exercise for your brain. So much of what we consume in the mass media world we live in is glossed over and forgotten, even if it seems highly important at the time. Twenty minutes later I can hardly remember what I thought was so remarkable– but a book, fiction or nonfiction, applies a different level of mental agility and effort. As my 5th grade math teacher and basketball coach used to admonish me (when it was acceptable to be so crass to a child) “Use your head for something other than a hat rack.” I never felt insulted by this, but took it as constructive criticism. I wasn’t naturally blessed with good looks, money, or excessive smarts and I’m arguably still impoverished on all accounts, but I’d like to think I’m further along than I would have been otherwise.

(Looking for a good book? Here’s an old, mediocre, has-been English Teacher’s suggested reading list: “The Gulag Archipelago” by Aleksandr Solzhenitsyn, “As I Lay Dying” by William Faulkner, “Last of the Breed” by Louis L’Amour, “The Education of a Wandering Man” also by L’Amour, “The Sabbath” by Abraham Joshua Heschel and “Iron John” by Robert Bly.)

What are you doing to challenge yourself? Are you thinking about being resilient? Have you considered what is going on beyond your line of sight? Are you ready to perform in the face of adversity? There is no doubt about it, our old world is melting away. To what end I know not. Old bluesman Mississippi John Hurt sang that he would “keep [his] skillet greasy, if he [could]” and I find myself meditating on that phrase and the times and conditions from whence that statement was born every day.

And if you really want to improve your marksmanship, stepping back to a springer is just the ticket for it. Iron sharpens iron, the old proverb goes. Those rough edges won’t be really smoothed over unless you start rubbing on them with something as hard as the material it’s made of. Get some exercise. Get some knowledge. Get some focus. I believe these intangible things will help you in tangible ways. And that’s all I have to say about that.